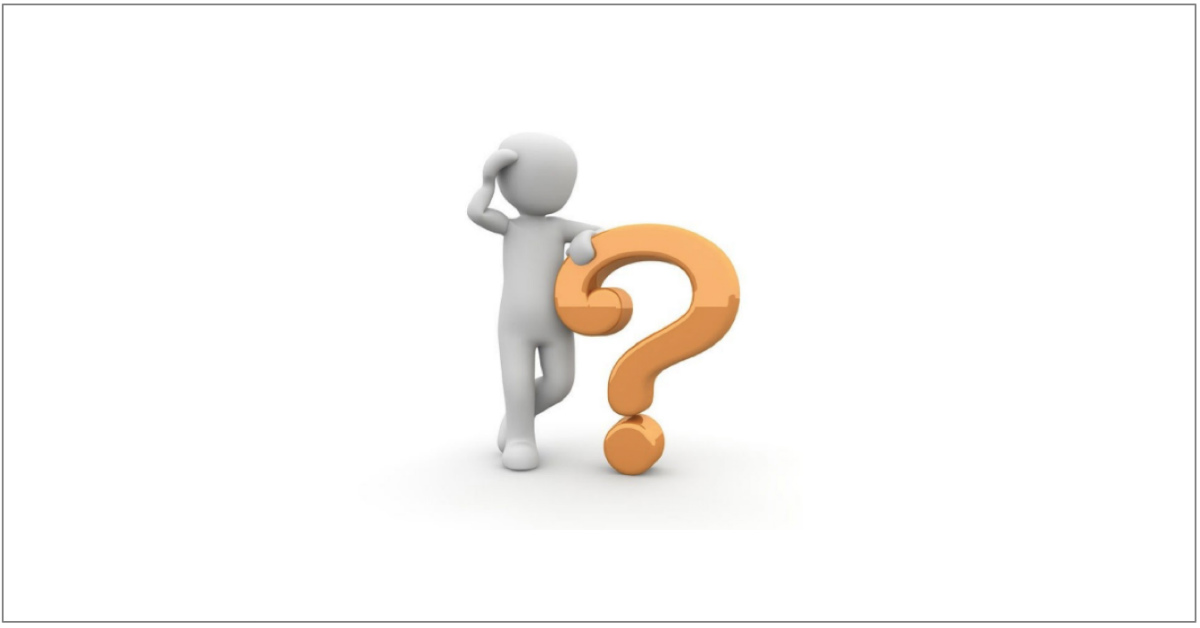 Will the Future be that Bad?

Will there be Enough Food? 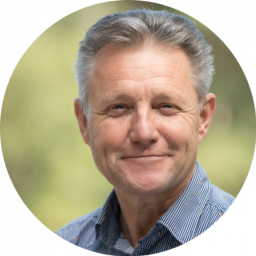 What Happened in the past in the world of Technology? If we know the answer to that question, we'll know what we can expect in the future. So, let's have a short travel back into the past.

We are living in an exciting time when it comes to changes in our lives and many of these changes are due to technological developments and it seems as if these developments are going faster and faster by the day. How is this possible? To find the answer to that we have to look a bit into the past and see what happened. Let us get back to the middle ages. When your father was a farmer, you became a farmer as well. Was your father a Indian explorer, there was a big chance that you would become one too, as well as your son and his son and his son. Were you born in a nomad family, you, your children, your grandchildren and many, many generation after them would be nomads. Actually nothing changed over centuries. Then came the industrial revolution, starting mid 18th century in the UK. The first big change. People started using machines at work. The productivity increased significantly, people moved to the cities to work in the factories and because of the higher productivity, products became cheaper and in reach of many. The growth in prosperity for a lot of people was speeding up. The Transistor - The Game Changer

Let's skip a few years now, all the way up to 1953. We arrive in the year where the first integrated processor was invented. We talk about the first modern computer. Nowadays only two lousy transistors but then a huge revolution.

To put this into perspective: in 2019, Cerebras Systems is unveiling the largest semiconductor chip ever built. The Cerebras Wafer Scale Engine, a processor specially designed for deep learning with Artificial Intelligence, has 1.2 trillion transistors. How was this possible? Well, the reason behind this is "Moore's Law". Gordon Moore, one of the founders of Intel, saw an astonishing development in the processor industry: every 12-18 months processors became twice as fast and 50% cheaper in the same time. It's called exponential growth versus linear growth. In numbers: instead of a development like 1, 2, 3, 4 etc the change now is 1, 2, 4, 8, 16, 32 etc. into a single gram"

If you think the development in storage capacity is amazing, then you'll have to watch the video below.

"People can Send us a Letter".

So, your next hard disk could be in your skin. And if you'd find this hard to believe then think about the time that buying a cellphone was a stupid thing to do when these devices came on the market. We didn’t want to be disturbed by phone calls when not being at home or at work. “If people really want to contact us”, we said “they can send us a letter.” 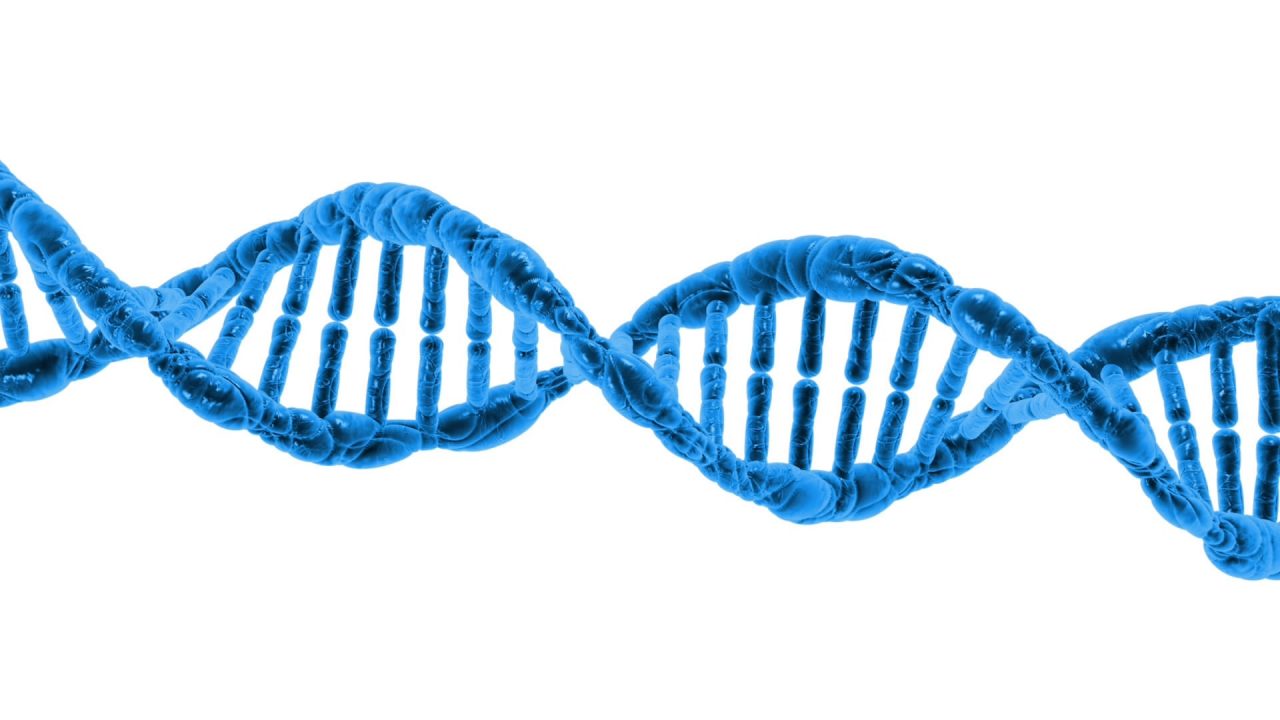 If you want to know more about the details of this DNA storage, just look here

But let us not jump into the future yet. Let's first look at the 6 Ds Peter Diamandis is talking about.

One of the companies that wasn't aware of the 6 ds and disappeared over night was good old Eastman Kodak. For those who never heard about this company; Eastman Kodak was, together with the German Agfa Gevaert Company one of the world market leading companies when it came to analog photography. In 1973 Eastman Kodak had 120,000 employees. The guy you see above is Steve Kelly, the inventor of the first digital camera and employee of Eastman Kodak. 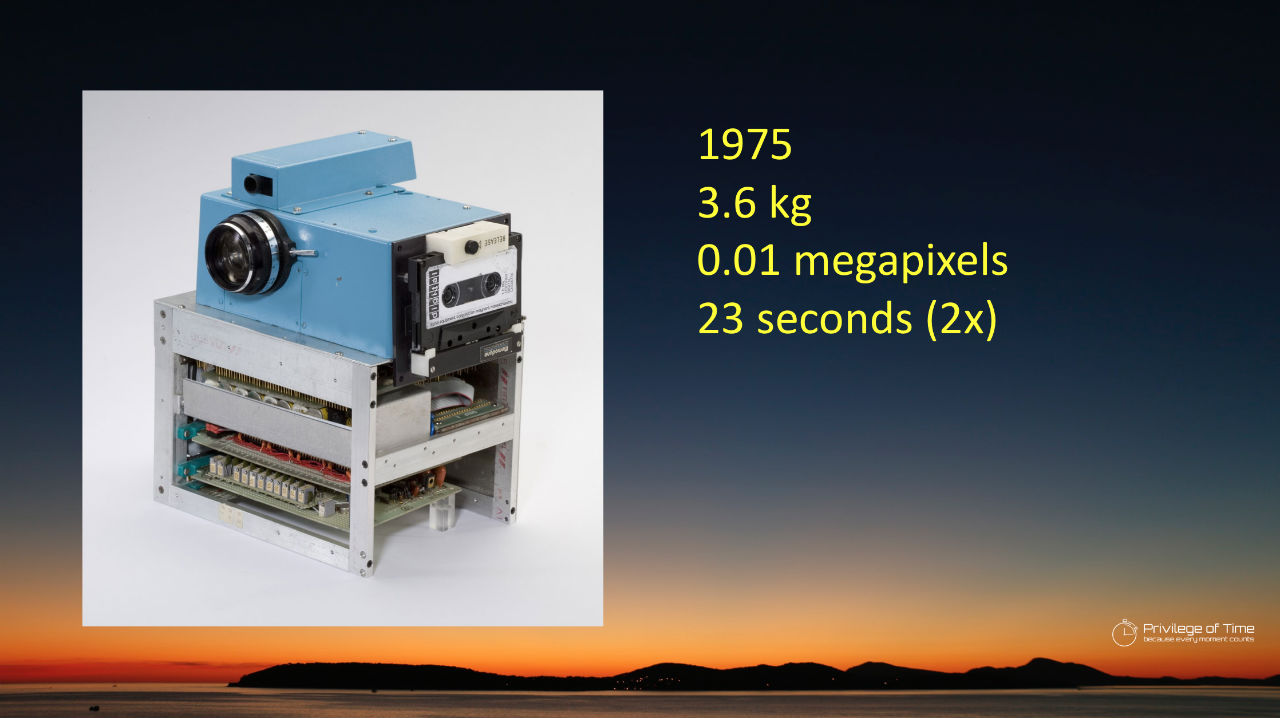 As you can see it is not the kind of digital camera we are used to. The "thing" was extremely heavy, with 00.1 megapixel the resolution was not really convincing and it took 23 seconds to save a picture on a cassette tape and another 23 seconds to project the picture. The board was not convinced about Kelly's invention and stopped the project. 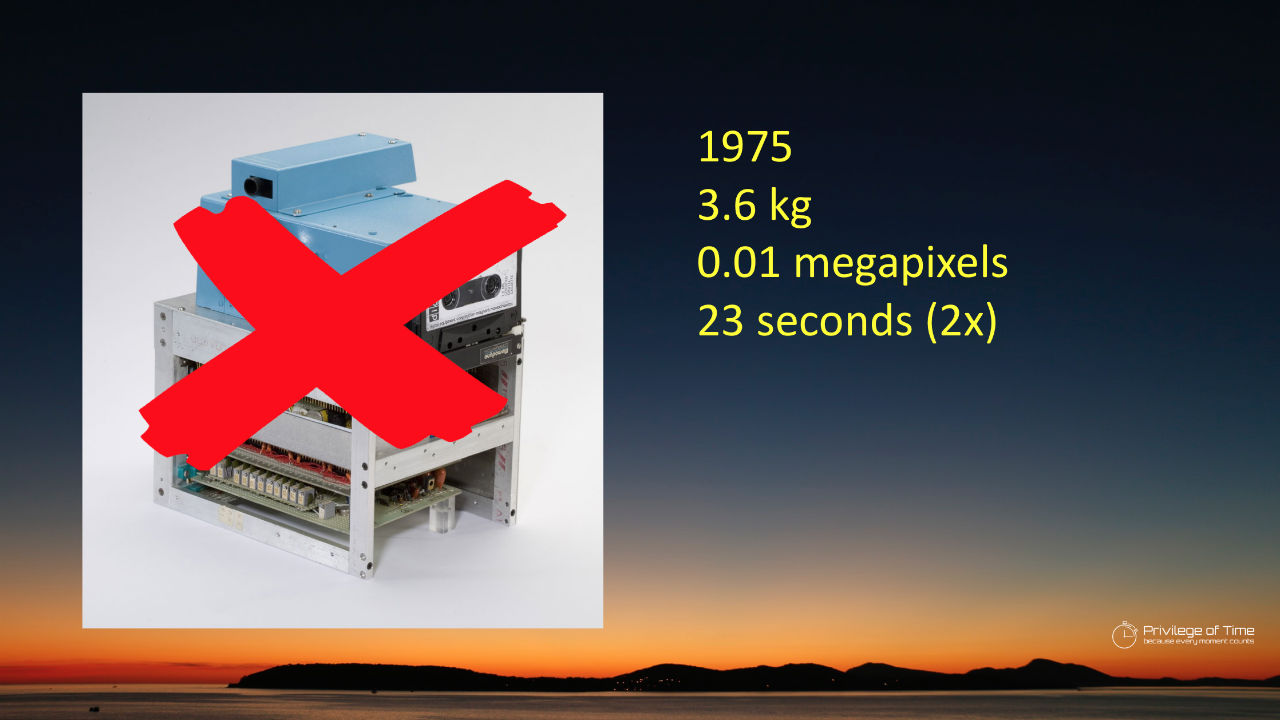 Afterwards you can always be the smarter one by saying how stupid this decision was. After all, the board hadn't seen the potential of the device. Fact is that a world market leader went broke due to that decision and 120,000 employees lost their jobs. 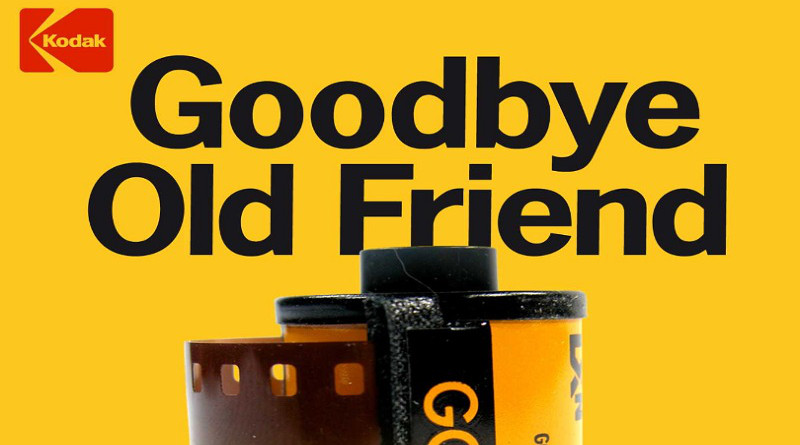 So far the past. In the next step we will show you what is meanwhile possible due to accelerating computing power and what we can expect in the near future. Just click on the "Next-Step-Button".

as late as possible.